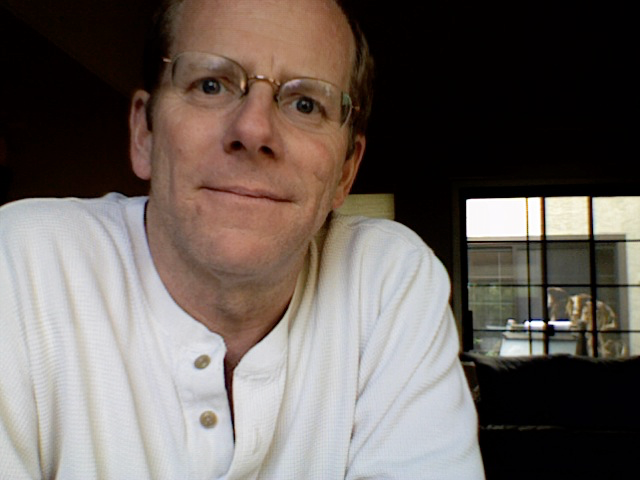 Latest article is an investigation and tour of Odd- and Even-Order Harmonic Distortion, built with Jupyter Notebook.

It includes the source code, if you want try it yourself.

My JavaScript simulation of the Triadex Muse (Marvin Minsky, Edward Fredkin) is part of the AI: More than Human museum exhibit that started at the Barbican Centre in London, and then moved to the Groninger Forum in the Netherlands, and is now at the World Museum in Liverpool.

’Want to do something different? Over the last decade or so I've put myself in a mindset where, when confronted with an everyday problem or frustration, I pause to consider the opportunities for a marketable solution or business possibility.

This actually happens a lot. So I try to keep an active list of them here.

A New Business Model for the Music Industry

The music industry doesn't really have a business model right now. Here is how record companies can actually win big over the next couple decades.

I wrote this a long time ago, and it's a little long winded, but the result is still applicable.

A guided tour through odd- and even-order harmonic distortion characteristics with a new visualization.

A JavaScript simulation of Ned Kahn's Chaotic Pendulum exhibit at the Exploratorium.

A novel mathematical approximation to the sine function. One that is especially easy to implement in analog eletronics.

The Mechanics of Moore's Law

A new article describes the mechanism behind Moore's Law.

It is common practice in Systems Theory to take a filter function with a number of poles on the real axis, apply feedback, and the poles move from their original positions, and can jump off the axis into the complex plane. This is described with root locus analysis. I call it pole dancing.

This is an interactive JavaScript demo of the effect.

Square Waves may appear uninteresting at first... A closer examination reveals the dramatic effects of the polarity and phase of harmonics.

"First of all, what the hell have you been smoking?" — Magnus Danielson

A Voltage-Controlled Oscillator (VCO) that can gracefully go through zero Hz to negative frequency is useful for applications such as FM Synthesis and chaotic systems. It's also a difficult engineering challenge. My solution is a new oscillator topology.

The Doepfer A-100-6 Voltage-Controlled Oscillator is based on this article.

Some quick notes on a circuit I came up that can morph from a sawtooth to a triangle to a reverse sawtooth with a control voltage.

Juërgen Haible invented the interpolating scanner. I always appreciated it as an interesting building block for synthesis. This circuit is an alternate approach.

"I would like to thank Don Tillman. Based on my Interpolating Scanner idea, he created a very brilliant implementation of his own, which is more elegant than my first solution in several ways." — Juërgen Haible

In an acoustic guitar, any vibration eventually works its way down the string, through the body, and out. In an electric guitar, the pickup only senses the string movement in one location along the string in a specific way.

This is a set of articles that analyze the spectrum of electromagnetic guitar pickups due to physical parameters, such as the position of the pickup along the string, the width of the magnetic aperture, and how multiple pickups interact when mixed. Part 3 is an interactive graphical JavaScript demo.

These articles have been referenced in:

Mohamad, Dixon, Harte, Pickup Position and Plucking Point Estimation on an Electric Guitar , Journal of the Acoustical Society of America, 2017

This is the original discrete FET guitar preamp circuit that has become known as the "Tillman Preamp".

It can also be phantom-powered and built into a 1/4-inch phone plug.

The Muse was a digital algorithmic music composer invented in 1969 by Marvin Minsky and Edward Fredkin at MIT. It was built with the digital logic circuitry of the day; gates, registers, and counters. Working units are extremely rare.

This is a software simulation of The Muse that runs in a browser.

"Muse in a browser, this is awesome folks!!" — Margaret Minsky

The JavaScript Muse is part of a museum exhibit called AI: More than Human starting at the Barbican Centre in London, and various stops thereafter. It will be running on a tablet next to a physical Muse, so vistors can see the real thing, and try out the simulation.

Don Lancaster created a variation of The Muse called the Psych Tone and published the project as the cover story in the February 1972 issue of Popular Electronics Magazine. Psych Tones are rarer than Muses.

So this is a software simulation of Don Lancaster's Psych Tone that runs on a web page.

Back in the 90's, when IBM's Almaden Research Center scanned all the patents and made them available online, I searched through the patents for some of the major electronic music companies, studied them, and wrote up a lot of patent reviews. These included a description of the invention, why it was significant, what products used it, and their cultural impact.

A Palette of Static Audio Waveforms

Bored with audio oscillator waveforms? Me too. Here is a musically powerful palette of waveforms, including two that didn't have names before.

Mellotron resources, notes, projects, the Mellotronists mailing list and the tale of a restored M400 with Mike Pinder's autograph.

Everything the Bay Area progressive rock musician or fan needs; concert listings, bands, venues, and lots of other resources. Created in 1999, it was the first regional prog rock music site.

In the late 90's and early 00's I led a pompous dinosaur progressive art-rock band.

I was blogging for a while. 'Gave it up. I'd rather write articles.